ACE THE SKILLS THE WIN THE C-SUITE

In 2006, the iconic Ford motor company was on the verge of bankruptcy with a $17 billion annual loss. Alan Mulally was brought in as the Chief Executive Offer to try and save the “sinking ship". As if that wasn’t challenging enough, he soon faced the 2008 financial crisis and recession.  Just a few years later, in 2010 Alan turned around Ford with $6.6 billion profit. He did it without taking a bailout from the government. In a company driven by labor unions, his approval rating stayed in the high 90 percent! Alan’s leadership and ability to change culture at Ford helped him orchestrate the most spectacular business turnaround! We offer the exact same executive coaching process that Alan and the senior leaders at Ford went through while turning the company around. Mahesh M. Thakur helps the leader and the companies achieve their strategic goals through leadership coaching.

You worked really hard to land a role as an executive. You do everything in your control to deliver on all your commitments at work. Yet, more than half of the newly hired leaders quit or are fired in less than 3 years.

Most leaders follow their gut and do what has always worked for them in their past. They fail to realize that what got them the new role will no longer be applicable in their current and the next role.

Corporate executives spend very little time to focus on what is most critical – fixing their blind spots. They think emulating their bosses and doing their job will make them successful. And by the time they realize, it is too late in the process.

As a certified executive coach, Mahesh has also conducted Marshall Goldsmith Stakeholder Centered Coaching Surveys to get a true assessment for the leaders.

Each program is personalized based on the need of the executives and their organization. Clients work with Mahesh on one or more of the following areas: 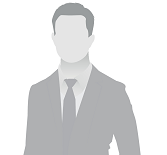 Mahesh helped me double down and succeed in the 3 critical areas that we identified. Within a year I was promoted internally from SVP to CTO where I took ownership of the entire engineering org. Mahesh has been instrumental in how I strategize, execute, and deliver big wins every step of the way in my current role

I became a CXO for the first time in my career. My CHRO saw me doing everything I could to balance my corporate goals and the expectations of leaders on my team. He recommended I connect with Mahesh. After the first Zoom call, I felt like that was the biggest breakthrough moment I had in my career as a C-Level exec. I have now been working with Mahesh for over a year. His ability to provide out-of-box perspectives and guidance on critical issues makes him unique and valuable. That combined with his industry knowledge is an the best someone could ask

Identify and work on the skills necessary to position yourself for the next C-Suite, VP, or Leadership Role

Mahesh works directly with a limited number of executives, leaders, and professionals. Your coach is a leader from the tech industry who has been a hiring manager at Amazon, Microsoft, Intuit, and Intel.